At last, our streak has come to an end. Though Portland was ranked top of the list for three years running for most popular cities to move to, we have dropped to number three.

That said, there are still tons of people moving here . We’re not sure if you’ve heard, but there are a bunch of neighborhoods to choose from—95 in all—and they each have their own perks and quirks. We wanted to map out Portland’s top 10 neighborhoods so that, in your planning stages, you can know what to expect when you start house hunting.

You can use this list as a basis for your housing search, or just an entertainment guide as you’re settling in. This was compiled by selecting the top neighborhoods with the highest concentration of attractions (restaurants, parks, theaters, etc), the quality of the homes/architecture as well as other defining characteristics. 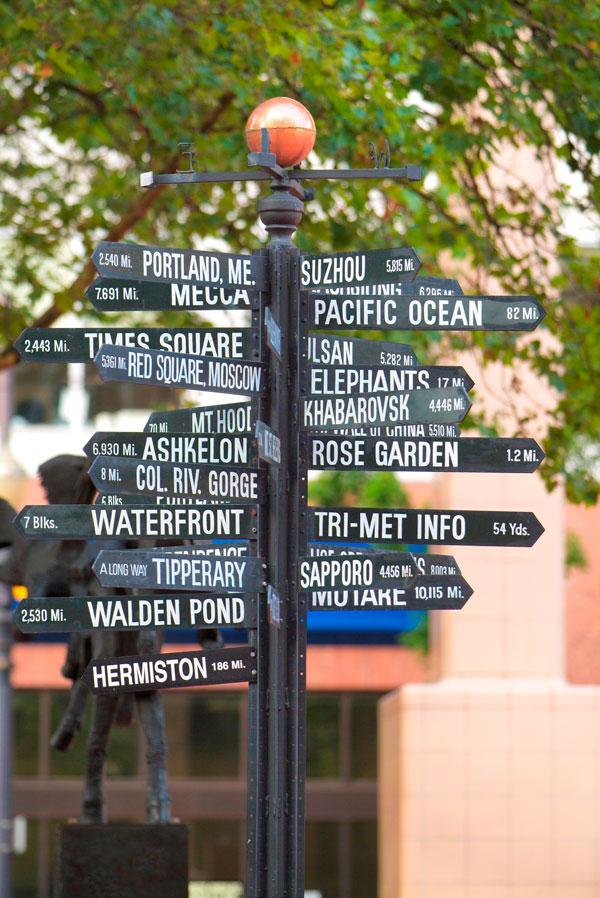 Some people want to dive headlong into the heart of a city. If that describes you, immerse yourself in Portland’s culture by moving into the downtown district. If you work in the same place you live, you’ll save bundles of time and avoid traffic headaches by moving into one of the great condo or apartment complexes.

The business district doesn’t offer much in terms of nightlife, but in a relatively small city like Portland, entertainment is never far away. Hop on the max or bus when you’re looking for weekend and nighttime diversions.

Like its namesake, the Pearl District has a reputation for being upscale and expensive. Its reputation is well founded. The one-time warehouse district has undergone nearly continuous urban renewal since the 1980s. High-end stores, galleries and cool places to eat line the streets.

A mix of new buildings alternate with historic structures. Living in the Pearl means you’ll never want for entertainment, places to people watch and pubs to frequent. This area it trendy, and attracts a steady stream of shoppers and diners.

This venerable old neighborhood has a good mix of locals, tourists and newly minted Northwesterners. The houses and businesses retain a distinctly if hard-to-define Portland flavor. The area is home to the many eateries, pubs and small shops. It’s a good place both to live and play. People new to Portland are often attracted to this area.

Laurelhurst is a popular neighborhood filled with historic homes on small streets. A park of the same name is one of the area’s best known landmarks. Laurelhurst lies in the southeast part of Portland. It’s an old neighborhood, founded in the early 1900s. The area is a mix of residential streets, restaurants and shops. Getting from the neighborhood to downtown is easy and quick via East Burnside.

This is one of the city’s most ethnically diverse neighborhoods. Asian, Latino, Russian and East European immigrants give the area an international flavor, literally. If you like Asian food, you’ll find a good selection of restaurants here. The neighborhood is one of the more affordable places to settle down in the city. Young families shopping for a first home often look at houses in this East Portland.

This charming district almost feels like a separate town. St. Johns is named for the historic bridge that has one foot planted the neighborhood before spanning the Willamette River. The area is on a peninsula between the Columbia and Willamette Rivers. This is a great area for families that want a quiet life close to the city. The business district is well established but small.

Another of Portland’s historic old neighborhoods, Goose Hollow is within walking distance of downtown. It’s also close to Forest Park and Nob Hill. The neighborhood was one of Portland’s original neighborhoods. It’s home to Lincoln High School. The district features both historic and new architecture.

This neighborhood is packed to the rafters with restaurants, boutiques and historic homes. The area feels exclusive and upscale. The narrow streets are lined with stately homes, old apartment complexes and new condos. This is one of the city’s most distinctive areas, famous for shopping and restaurants. Residents can easily take the Portland Streetcar into the Pearl or downtown districts. Forest Hills and Goose Hollow are neighbors.

This Southeast Portland neighborhood was once an independent city. It connects to the southwest part of town via the Sellwood Bridge. The neighborhood is home to Oaks Park, an amusement center. The area also boasts the Oaks Bottom Wildlife Refuge, home to numerous species of waterfowl. Walking and biking trails abound.

If living on a houseboat appeals to you, look to this island within the city limits. The island sits in the middle of the Columbia River just south of Vancouver, Washington. I-5 provides the only road access to the island. Jantzen Beach, at the east end of the island, hosts a mall and a well-developed retail area. The shopping appeals to neighbors from Washington, attracted by Oregon’s lack of a sales tax.

Smooth Move People makes relocating easy. If you’re moving to or from Portland, contact us to learn more about our moving services.